Relate to the land

Relate to the land

UBC’s Point Grey Campus is located on the traditional, ancestral, unceded territory of the Musqueam people. These lands have always been a place of learning for Musqueam youth, who were instructed in their culture, history, and tradition, and who in turn shared their knowledge with a new generation.

The Musqueam Indian Band and the University of British Columbia have a long history of partnership which was strengthened in December 2006 with the signing of a historic Memorandum of Affiliation. UBC Library provides a short pre-university history of the area now known as Point Grey. Today, there are also a wide range of programs and partnerships between the University and the Musqueam Indian Band.

In 2014, the City of Vancouver formally acknowledged that the city is on the unceded territory of the Musqueam, Squamish and Tsleil-Waututh First Nations.

Below is map created by the Province of British Columbia, in consultation with First Nations organizations, as an educational tool. The purpose of the map is to “illustrate the rich diversity of the First Nations Peoples of British Columbia. Like all maps, it is a rendition – a best attempt at reflecting a current reality, recognizing that ‘the map is not the territory’.” 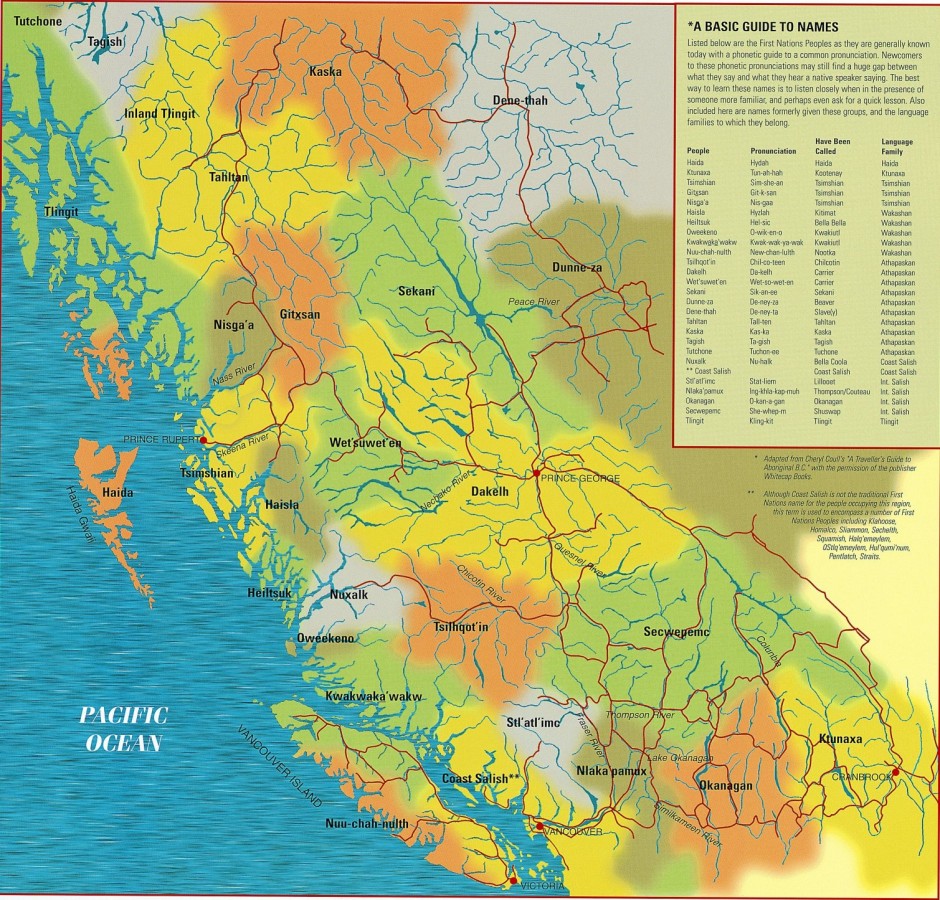