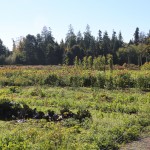 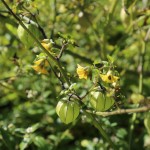 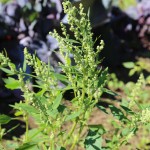 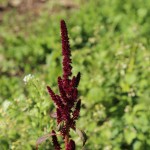 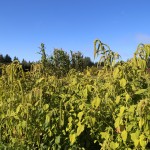 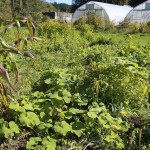 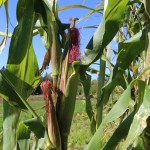 The idea for the Maya garden began in 1986 when five Maya families came to Canada as refugees from Guatemala. For thousands of years, Our ancestors, the Mayan people have worked the land planting corn, beans and squash (the three sisters). The Maya civilization and culture has evolved around the planting of corn. The main goal of these Mayan families was to keep the Mayan traditions and culture alive by continuing to grow Maya crops in Canada. This has allowed the children to learn about their culture and strengthen their identity. It has reminded us of who we are and where we come from.

In 1999, a friend and supporter of the Maya Indian Support Group and volunteer at the UBC Farm informed us about the possibility of applying for a project plot at UBC. The group welcomed the idea and in 2000, the garden was established at the UBC Farm.

Initially, we planted the three sisters. Later on, we incorporated greens such as amaranth (bledo), yerba mora, and apazote, among other crops. Each season begins with a traditional Maya ceremony to ask permission to Mother Earth and the Creator to break the land and bless the seeds. Before we harvest corn, another ceremony is offered to thank the Creator and Mother Earth for all that has been produced. The garden continues to be a place for cultural sharing and sustaining ancestral practices.